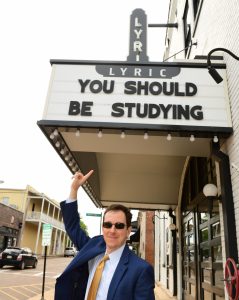 Jason Solinger joined the UM Department of English faculty in 2008. After growing up in the New York City suburbs, he lived on both coasts before moving to Oxford — a book-and-music town he loves. Jason and his wife are working parents, with two teenage boys in the Oxford School District. In addition to serving the university in a variety of capacities, Jason is active in the community, from coaching and managing his sons’ teams to serving on the boards of his homeowners association, the Oxford Chargers Booster Club and the Jewish Federation of Oxford.